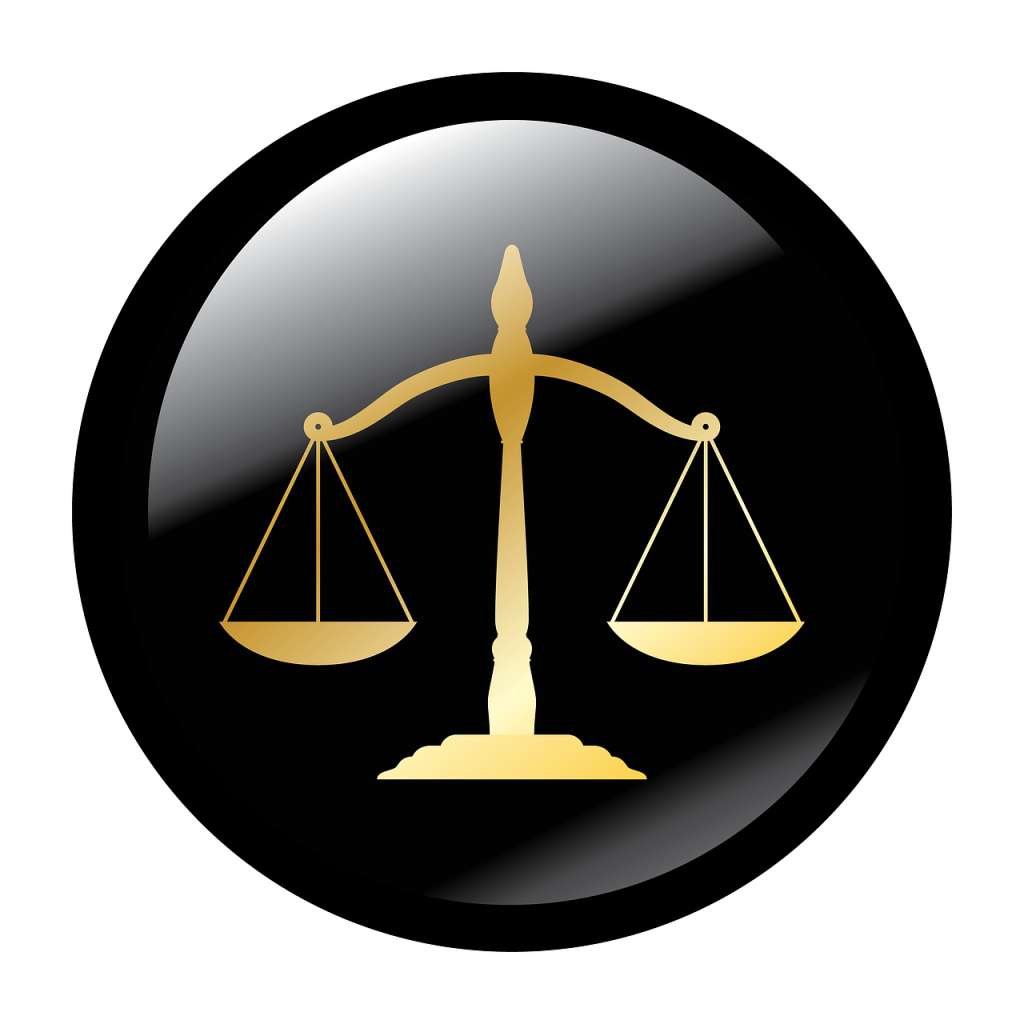 Removal proceedings, formerly called deportation proceedings are the process by which the U.S. government removes a non-citizen from the United States. The U.S. government through Immigration and Customs Enforcement (ICE) serves that person with a Notice to Appear (NTA) stating the allegations and charges against them, when, and where to appear in Immigration Court. The government would also make a determination as to whether to release that person, set a bond (bail) amount, or detain without bond. If the government sets an unreasonable bond or no bond at all, then a bond redetermination hearing before an immigration judge can be requested.

During removal proceedings, a DHS attorney from U.S. Immigration and Customs Enforcement represents the Government and presents evidence on the Government’s behalf. The alien, referred to as a respondent, may provide a defense to the charges or apply for any available and appropriate form of protection or relief from removal. The most common forms of relief from removal are asylum, cancellation of removal, adjustment of status, and voluntary departure.

A foreign citizen seeking to live permanently in the United States requires an immigrant visa (IV). To be eligible to apply for an IV, a foreign citizen must be sponsored by an immediate relative who is at least 21 years of age and is either a U.S. citizen or U.S. Lawful Permanent Resident (that is, a green-card holder).

The U.S citizen or LPR must file a petition with USCIS to establish his or her relationship with the relative. If the relative is already in the United States, they may apply to adjust status to become a Green Card holder (lawful permanent resident) after a visa number becomes available. If the relative is outside the United States, the petition will be sent to the National Visa Center (NVC). The NVC will forward the petition to the appropriate U.S. consulate when a visa becomes available and the relative will be notified about how to proceed. This process is referred to as “consular processing.”

There are two types of family-based immigrant visas:

Immediate Relative – these visas are based on a close family relationship with a U.S. citizen, such as a spouse, child or parent. The number of immigrants in these categories is not limited each fiscal year.

Keep in mind that U.S. citizens can file an immigrant visa petition for their:

U.S. Lawful Permanent Residents can only file an immigrant visa petition for their:

U.S. citizens enjoy many rights and benefits that are not available to non-citizens. A U.S. citizen has the right to vote in federal elections, run for federal office, travel more freely with a U.S. passport, petition for distant relatives, and receive protection from removal/deportation except in very limited circumstances.

Here are the most common ways to become a U.S. citizen:

Under United States law, any person born within the United States (including the territories of Puerto Rico, Guam, the U.S. Virgin Islands, and the Northern Mariana Islands) is automatically granted U.S. citizenship.

In some circumstances, a child automatically “acquires” citizenship even though that child was born outside the United States. At least one parent needs to be a U.S. citizen at the time of the child’s birth and several other conditions must be met.

When a parent naturalizes, his or her children (under the age of 18 and living with the parent at the time) may “derive” U.S. citizenship automatically, provided they are also permanent residents.

Naturalization refers to the process in which a person not born in the United States voluntarily becomes a U.S. citizen. For foreign-born persons, naturalization is the most common way to become a U.S. citizen. There are several requirements that must be fulfilled before an individual can apply for citizenship. 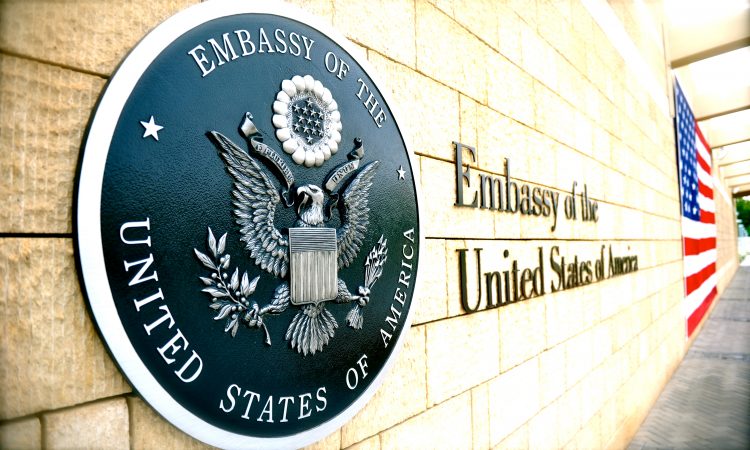 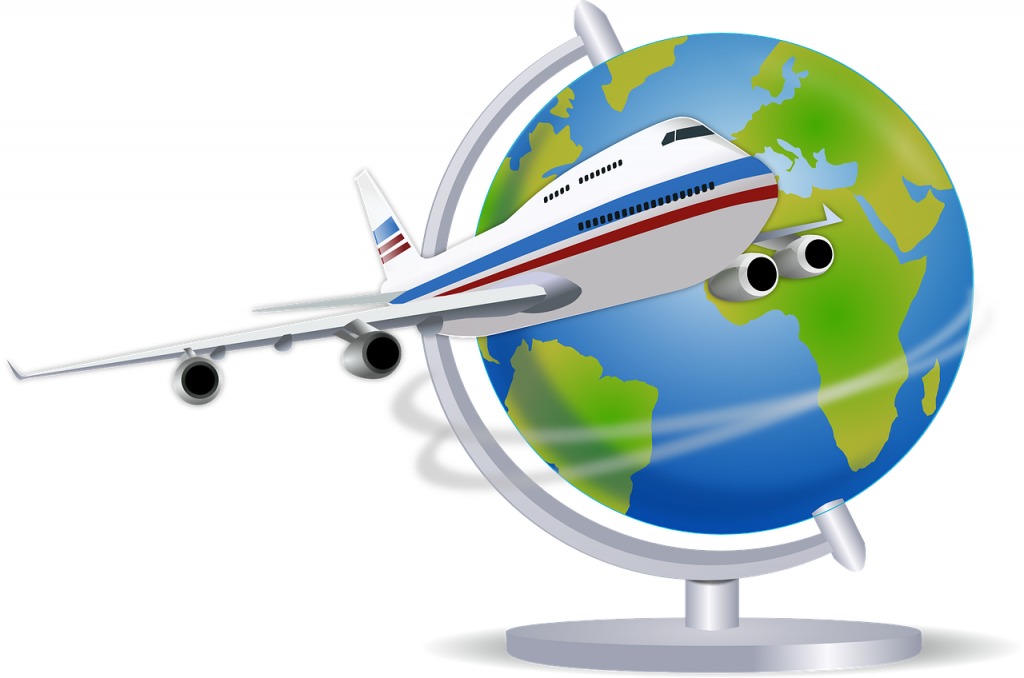 Consular processing is a multi-step process. Here’s what to expect:

Step 2: USCIS adjudicates the petition. This can take from a few months to over a year.

Step 3: Once the petition is approved, USCIS will forward that approved petition to the National Visa Center (NVC) for processing. The NVC is part of the Department of State, and handles visa applications for people living outside the United States.

Step 4: The NVC will let the petitioner/applicant know when to pay the fees and provide documentation, including the affidavit of support, for the visa application.

Step 5: The NVC will then schedule an interview at the U.S. consulate overseas and forward the petition and all documents to the consulate.

Step 6: The consular officer will interview the applicant and decide whether to grant the visa application or deny.

Step 7: If the visa application is approved, the applicant will receive a visa allowing them to travel to the United States. The visa will be valid for six months.

Step 8:  Upon arrival to the United States, the applicant will be processed by a U.S. border officer who will formally admit the applicant into the country. 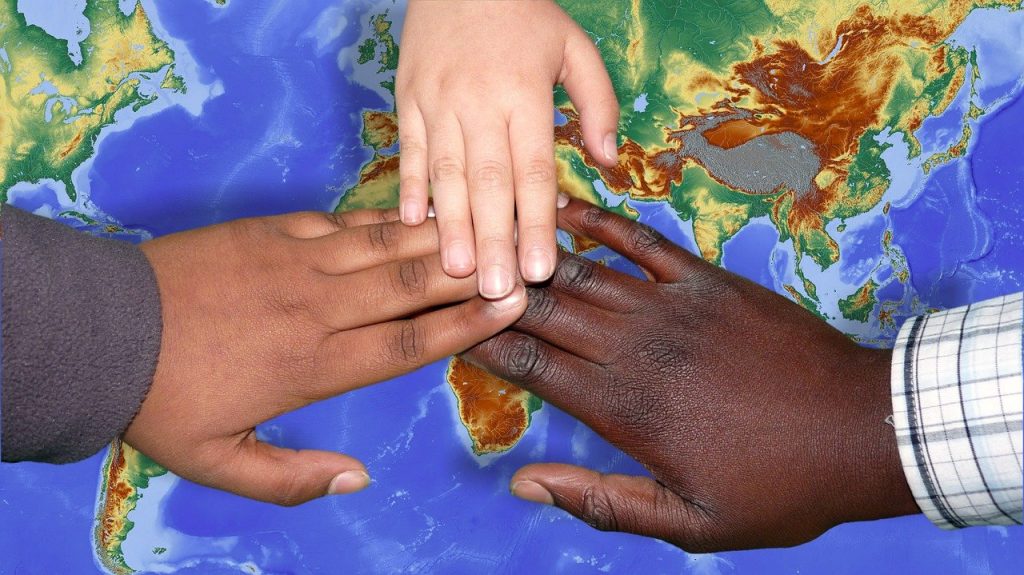 U.S. immigration laws provide multiple immigration benefits designed to provide humanitarian relief to victims of natural disasters, persecution, physical or mental abuse, or other dangerous situations inside and outside of the U.S. Such as Asylum, Temporary Protected Status (TPS), Special Immigrant Juvenile Status (SIJS), Deferred Action for Childhood Arrivals (DACA), T and U visas for victims of trafficking and other crimes, VAWA, and Humanitarian Parole.

1. Asylum is the legal protection granted to people who have come to the United States and are afraid to return to their home country. Asylum can be granted to people who are unable or unwilling to return to their home country because of persecution or a well-founded fear of persecution on account of race, religion, nationality, membership in a particular social group or political opinion.

2. Congress created Temporary Protected Status (TPS) in the Immigration Act of 1990. It is a temporary immigration status provided to nationals of specifically designated countries that are confronting an ongoing armed conflict, environmental disaster, or extraordinary and temporary conditions. It provides a work permit and stay of deportation to foreign nationals from those countries who are in the United States at the time the U.S. government makes the designation.

3. Special Immigrant Juvenile Status (SIJS) is an immigration classification available to certain undocumented immigrants under the age of 21 who have been abused, neglected, or abandoned by one or both parents. SIJS is a way for immigrants under twenty-one to apply for and obtain legal permanent residence in the United States.

5. T Visas provide immigration protection to victims of trafficking. The T Visa allows victims to remain in the United States and assist law enforcement authorities in the investigation or prosecution of human trafficking cases.

6. U Visas provide immigration protection to crime victims who have suffered substantial mental or physical abuse as a result of the crime. The U visa allows victims to remain in the United States and assist law enforcement authorities in the investigation or prosecution of the criminal activity.

7. In 1994, Congress passed the Violence Against Women Act (VAWA), creating special routes to immigration status for certain battered foreigners.  Among the basic requirements for eligibility, a battered foreigner must be the spouse or child of an abusive U.S. citizen or permanent resident. 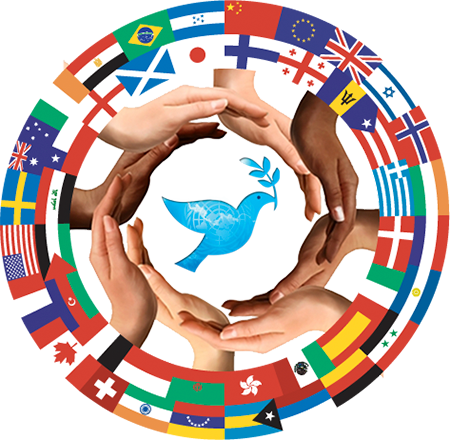 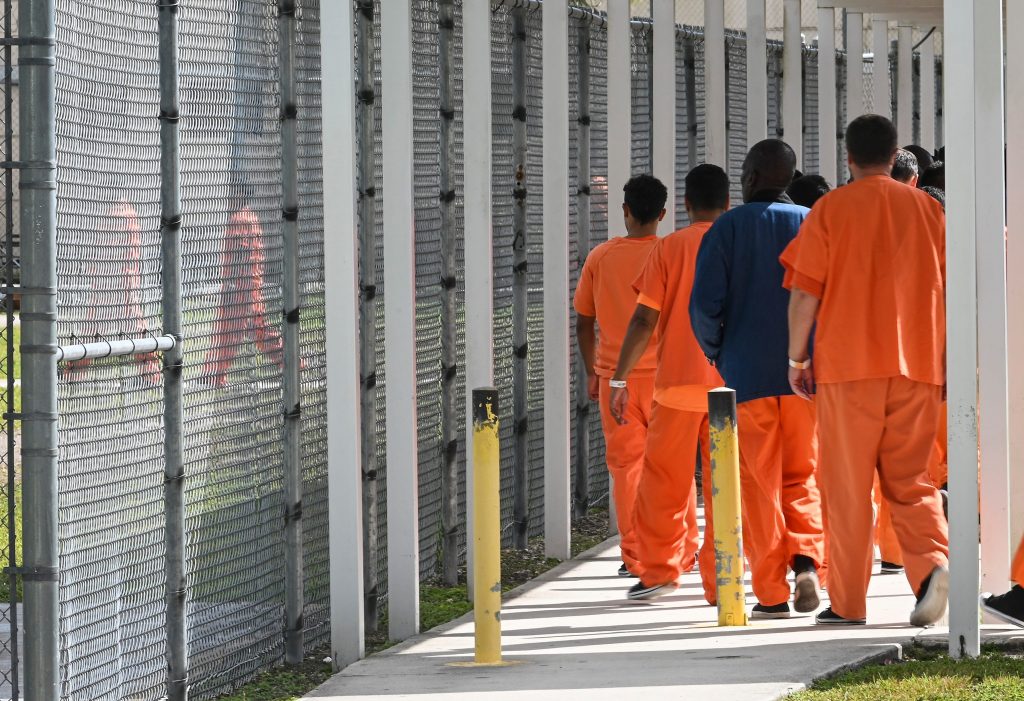 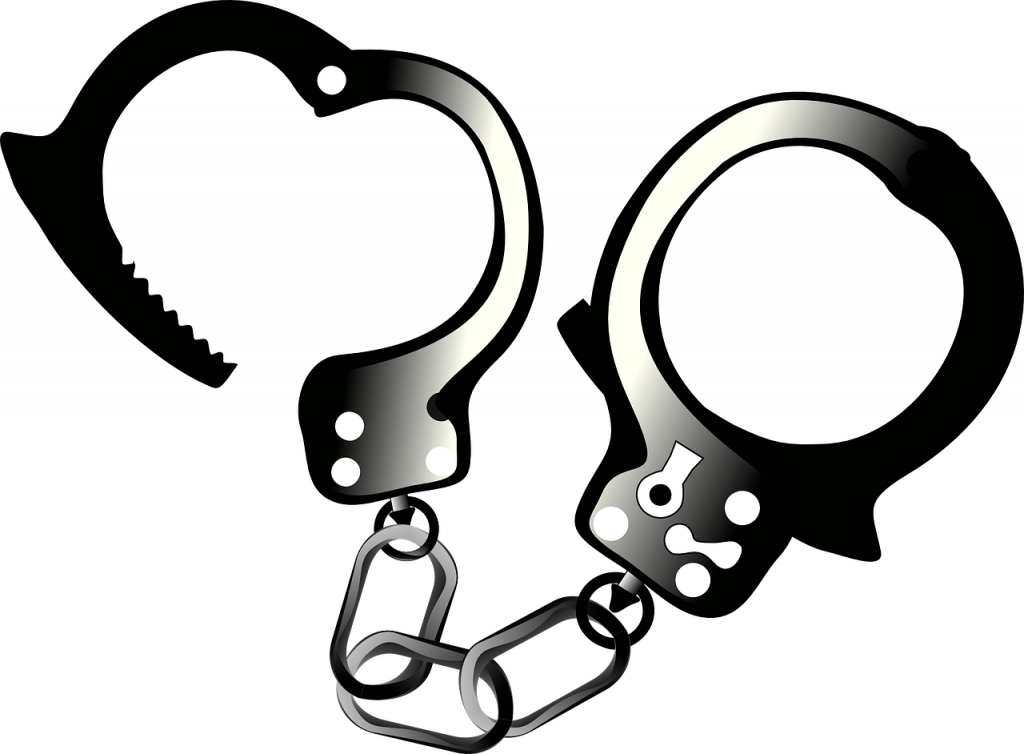 Crimmigration: Immigration Consequences of a Criminal Arrest or Conviction

Criminal convictions—even for relatively minor crimes—can have serious immigration consequences, and it is important to understand these consequences before signing a plea bargain or going to trial.  For people without lawful immigration status, a conviction may affect your ability to be released on bond while your immigration case is pending as well as your ability to avoid deportation or to return to the United States in the future.

For people who have legal status in this country, criminal convictions may result in the termination of your legal status and affect your ability to return to the United States legally in the future.  Even if the conviction does not make you deportable, a conviction may still affect your ability to travel abroad, become a citizen, or qualify for bond while your immigration case is pending before the judge.

It is important to understand that the immigration consequences that result from a criminal conviction last for a lifetime, and immigration law provides very few waivers or pardons for criminal conduct.  For this reason, it is important to do your best to avoid problematic convictions not only to avoid deportation now, but also to preserve eligibility to return legally in the future (for example, through family or work visas).

An application for an EAD is needed to request permission to work legally in the United States or as proof that your authorized to work in the United States with current immigration status. There are approximately 40 different categories under which an EAD can be requested. A social security number is usually issued from the Social Security Administration (SSA) with the issuance of the EAD by USCIS.  EADs are usually valid for two years and must be renewed.

You will need to apply for an EAD if you:

1. Are authorized to work in the United States because of your immigration status (for example, you are an asylee, refugee, or U nonimmigrant) and need evidence of that employment authorization, or

2. Are required to apply for permission to work; in other words, you need to request employment authorization itself. For example:

You do not need to apply for an EAD if you are a lawful permanent resident. Your Green Card (Form I-551, Permanent Resident Card) is evidence of your employment authorization. 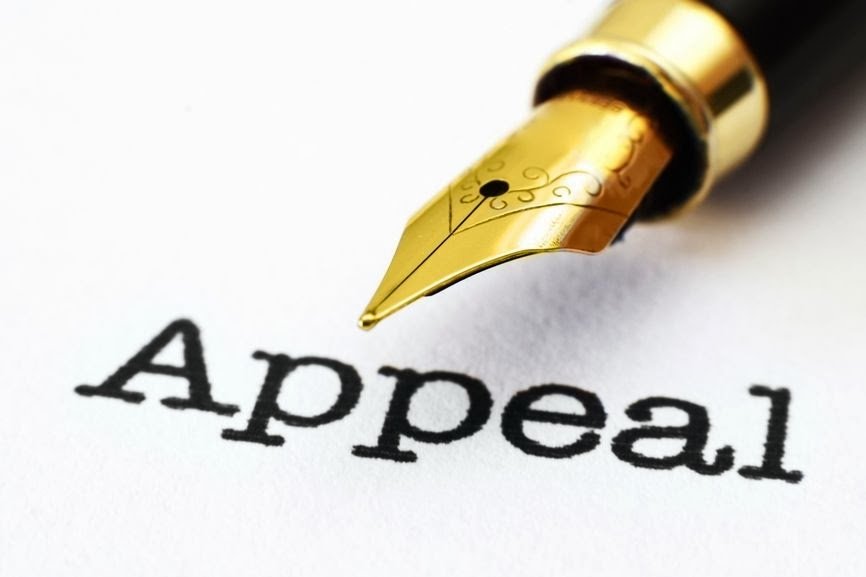 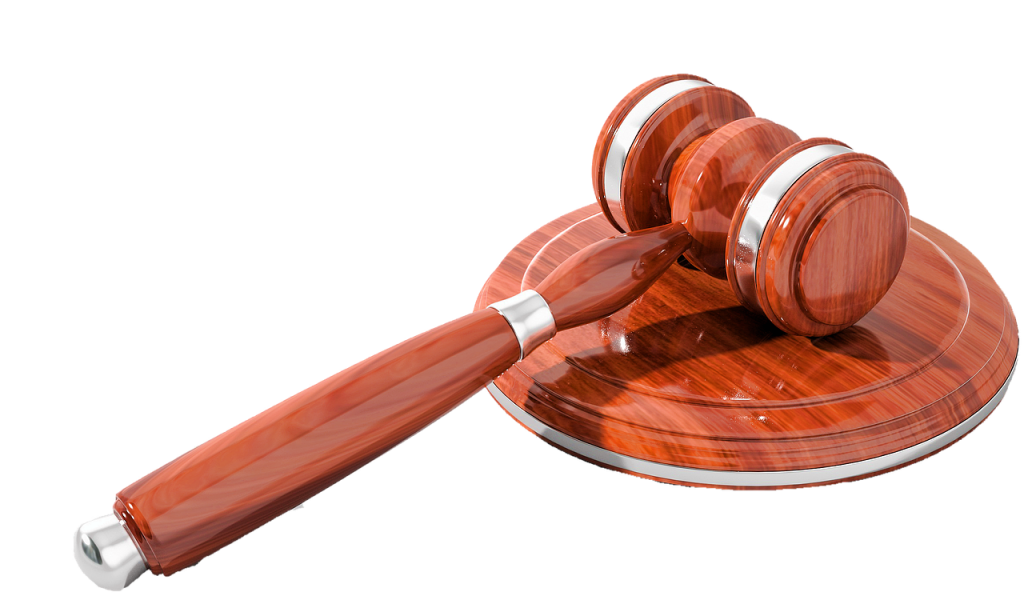 The BIA has been given nationwide jurisdiction to hear appeals from certain decisions rendered by Immigration Judges and by district directors of the Department of Homeland Security (DHS) in a wide variety of proceedings in which the Government of the United States is one party and the other party is an alien, a citizen, or a business firm.

BIA decisions are binding on all DHS officers and Immigration Judges unless modified or overruled by the Attorney General or a federal court. Most BIA decisions are subject to judicial review in the federal courts. The majority of appeals reaching the BIA involve orders of removal and applications for relief from removal. Other cases before the BIA include the exclusion of aliens applying for admission to the United States, petitions to classify the status of alien relatives for the issuance of preference immigrant visas, fines imposed upon carriers for the violation of immigration laws, and motions for reopening and reconsideration of decisions previously rendered.

OR
Request a Consultation